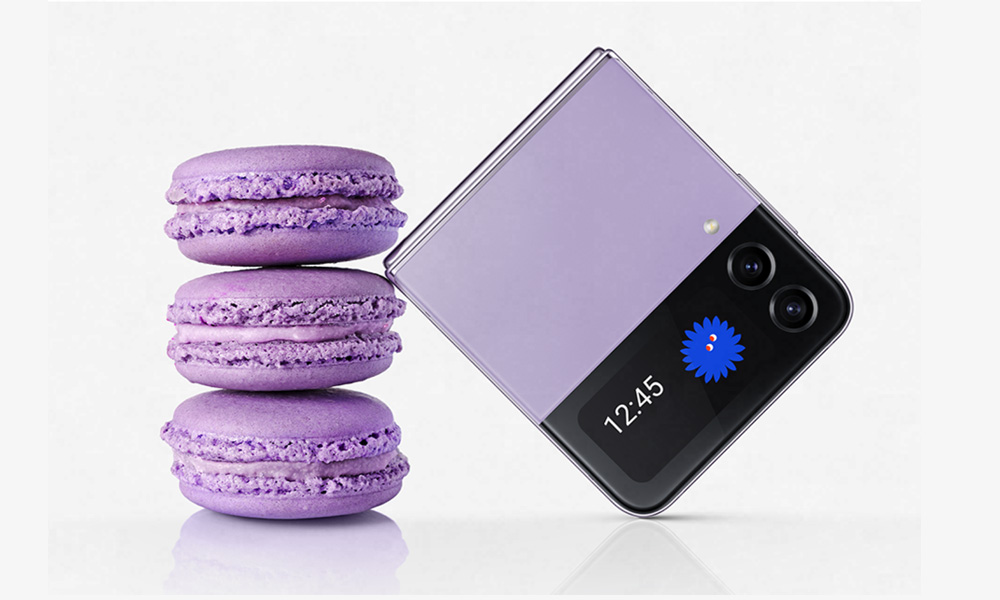 In its efforts to spread awareness of foldable TELUS phones, Samsung’s most recent initiative is launching the Galaxy Z Flip 4.The fourth generation Flip has a larger battery and improved cameras. It also has new software that makes good use of its foldable form.

The Galaxy Z 4 Flip’s attention is gaining traction by the day. The market study also shows that it is the trendiest foldable device today.

Samsunghas also conducted market research to understand how the public responds to devices like Z Flip. While at it, Samsung demonstrates that there is more to enjoy from the Z Flip 4 other than its compactness. Samsung specifically focuses on the phone’s special feature, Flex Mode.

This feature splits apps into halves when you fold the screen halfway. It is, therefore, easy to navigate the top portion of the screen by using the bottom half of the screen as your track pad.

The Z Flip 4 flip feature works without hiccups; you only need to toggle the features on the settings menu to explore the apps. Apart from the Galaxy Z Flip,Samsung has also hinted at the possibility of adding the app-splitting feature to its other foldable devices.

The front cover screen of the Z Flip 4 now has many functions.You can make phone calls, access Wi-Fi and Bluetooth settings, reply to texts, take portrait mode pictures, and pay with Samsung Wallet.

Samsung finds it critical to focus on both hardware and software of the Z Flip 4 to prove that foldable phones are worth using. The device’s upgrades represent positive progress, although this may not necessarily attract those who have reservations about TELUS foldable phones.

The Z Flip 4 will run on a more efficient version of the chip used in the Galaxy S22 line-up, Qualcomm’s Snapdragon 8 Plus Gen 1 processor.

The Z Flip 4 also has improved night time photography inherited from the Galaxy S22. However, Flip 4’s camera resolution ((12-megapixel wide and ultra-wide lenses) is the same as that of Z Flip 3.

Since the pixels are large, this means that the sensor is also physically large,making everything appear more detailed and brighter.The enhanced back cameras also offer improved hardware stabilization and tracking functions. Hence, your videos will be smooth even if you film while you are on the move.

Samsung has also given the Z Flip 4 a 12% battery capacity upgrade to reach 3700-mAh, which means it is much larger than theZ Flip 3’s 3,300-mAh capacity.Unlike Z Flip 3, the hinges of the Z Flip 4 are somewhat smaller, and their finish is sleek. Nevertheless, apart from the few revamps, the Z Flips have not registered many changes.

The Z Flip 4’s exterior covering is Corning’s Gorilla Glass Victus. It also has interior display durability of 45%. You can select your Z Flip 4 colour from different colour combinations and more subtle tones like pink, gold, blue, and graphite.

Samsung recently introduced a new bora purple colour for the Galaxy S22, which you may also prefer. When shopping, you might find it difficult to notice the difference between Z Flip 3 and Z Flip 4 at a glance, but you will when you inspect them side by side.

Galaxy Z Flip 4 has only changed features such as routine upgrades, improved camera, larger battery capacity, and software improvement. These few changes cannot be termed as tremendous.However, it is still an indication of significant progress for Samsung foldable devices.

Today, Samsung is exploring innovative ways to interact with apps that a non-folding phone would not allow you to download. This progress shows that Samsung has advanced from just ensuring that apps run smoothly on flexible screens.